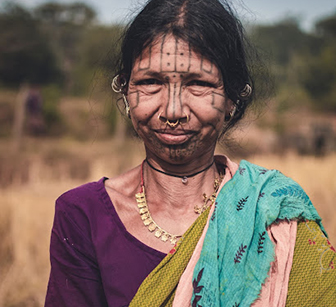 History of Body Piercings Around The Globe

In Western culture, body piercing is a relatively new phenomenon, but it is anything but new for the rest of the world. Throughout human history, human beings have used body piercing, dermal piercing, nose piercing, and others to modify and decorate their bodies. Many cultures include body modification and piercing to declare family or group allegiance or signifying important moments of development or change such as puberty or childbirth.

A look around the globe

From the oldest mummy ever found to ancient paintings, there is evidence of humans decorating their bodies with piercings, and this has occurred in cultures all over the world. In this post, we’ll discuss some of the history behind body piercing, from Egyptian royalty to Chinese imperial dynasties and how these traditions have evolved over time.

The earliest evidence of body piercing we have found so far is a stone relief in Nimrud, Iraq, depicting a man with a pierced ear. Archaeologists estimate that the stone carving is from around the 9th Century BC, making body piercing at least 10,000 years old.

The world’s oldest mummified body, Otzi the Iceman, was found preserved in ice by some hikers on the border of Italy and Austria in 1991. He is estimated to be approximately  5300 years old and believed to have died somewhere between 3350 and 3100 B.C. Even more remarkable, his body was so well preserved that scientists were able to do a modern-day autopsy and discovered he had over 50 tattoos and an earring piercing of 7-11mm in diameter.

Many superstitions historically come with body piercings. Some cultures believed that piercing an ear would improve your eyesight, so many sailors pierced their ears before heading out to sea. Others sported nipple piercing as a sign they had traveled past a specific latitude and longitude. Wearing gold earrings also meant the jewelry could pay for a Christian burial if their bodies were washed up on an unknown shore.

In ancient Rome, soldiers used nipple piercing as a sign of masculinity and strength. Julius Caesar was even said to have pierced his nipples to show strength and unity with his men.

In Elizabethan England, it was common for male nobility to pierce at least one ear lobe and to show off their wealth, they would wear large pearl drop earrings or large diamond studs.

It was very common for wealthy people to wear earrings in ancient Egypt. There are many depictions of men and women wearing dangling gold hoops or encrusted gem earrings in the shape of an asp for nobility.

This history of nose piercing can be traced back to at least 4000 years ago. In the Bible, it is mentioned when Abraham asks a servant to find a wife for his son Isaac and gives her a golden nose ring as a gift. Nose piercing is still popular for women in many Northern African cultures, such as the Bedouin, Berber and Beja tribes. The size of the nose ring signifies the family’s wealth, and the ring is considered insurance for the wife when she marries if the marriage does not work out.

Nose piercing was brought to India in the 16th century. It is still customary for Hindu women of childbearing age to wear a nose stud in the left nostril, which is associated with fertility and helping with childbirth in Ayurvedic medicine. The nose piercing is also sometimes joined to the ear piercing by a chain.

There is evidence that women have been wearing earrings in China as far back as 2500 years ago. A piece of pottery that dates back to the Eastern Han Dynasty (AD 25-220) shows a woman dancing with a type of earrings called Erdang, which were worn through the earlobe.

These types of earrings were made from gold, jade, silver, ivory, and marble or glass. They were first found in remote border areas and then spread throughout central China. The oldest of these Erdang earrings was found in a tomb that dated back to (770-476 BC).

When glass production was perfected, it became very popular for people to wear glass erdang, often called “Night-shining gems” in popular poetry of the time. Archeologists have found thousands of these glass earrings in ancient tombs throughout China.

The Yanomami live in the remote forest region of the Amazon river in the Orinoco River basin in Southern Venezuela and Northern Brazil. Their land is currently threatened by mining and energy development, leading to deforestation, poisoning the water, and destroying the fish they depend on for food.

The Yanomami are known for using wooden sticks as facial piercings in their lips, ears and nose. A person’s gender determines the exact position of their piercings, and they wear them for decoration and ceremonial purposes.

So now you know a little more about the rich and well-documented history of body piercings around the world. These piercings often have deep cultural significance and carry traditions and customs, not only a stylistic choice. Consider some of them as inspiration for your next unique body piercing idea.

If you are interested in conch piercings, helix piercings, or any body-piercing or unique piercing ideas, book a consultation with the experts at Sage Tattoo and Gallery piercing shop. We can help you decide on the perfect placement and body jewelry for your next body piercing.